The BIG HEADED ANT has been found in 15 Counties throughout South Florida including Broward, Miami Dade, Monroe, and Palm Beach. Control of BHA can prove to be a chalange. 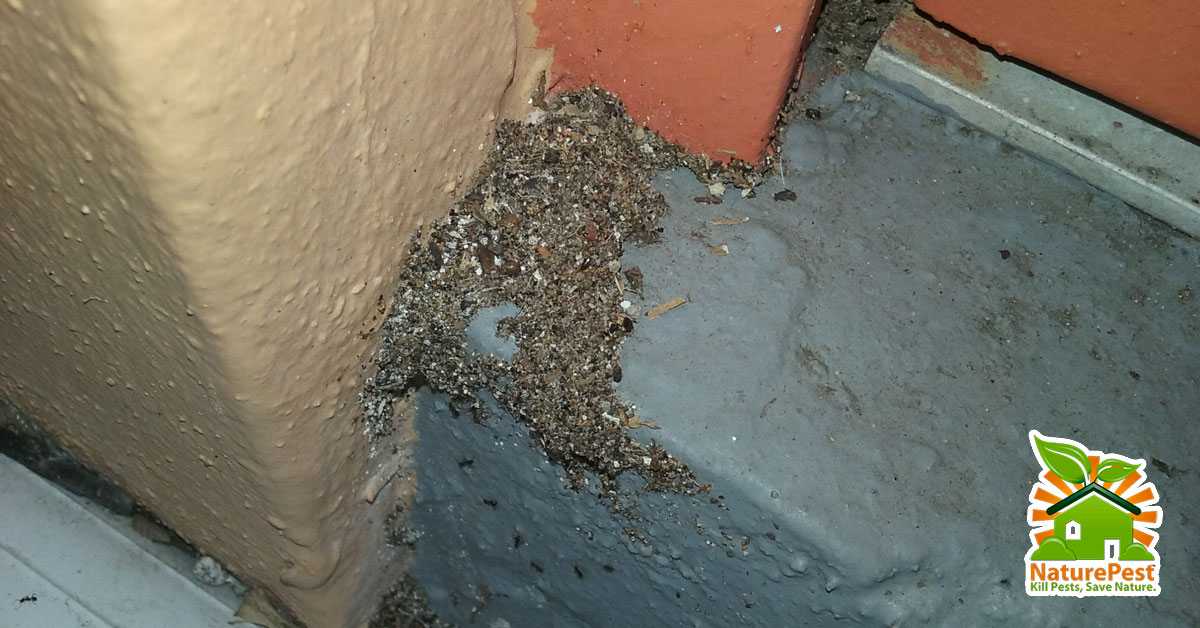 Trails of foragers can often be seen along tree trunks, and sometimes climbing into the canopies of tall trees. Alike trails can be seen on the exterior walls of structures, ants will climb into attics or other voids.

The Big Headed Ants can be found nesting in soils, flowerbeds, lawns, objects, pavers and bricks, water pipes, sidewalks slabs, flower pots, trees, along with the foundation of structures, walkways, and where displaced soil can be usually observed where the ants are digging below the surface.

Lawns may have Big Headed Ants infestations but are usually not noticeable, except along the edges where lawns meet sidewalks or where piles of dirt are deposited.

Big Headed Ants populations expand throughout neighborhoods by following along these lawns or walkway edges and roadways.

Based on Big Headed Ants biology control can only be achieved with an ongoing preventive service program, an initial service must be performed to control nesting sites inside a home and exterior nesting sights.

The BIG HEADED ANT will not sting or cause damage to structures, and will usually not bite unless the nests are disturbed, and even then, the bite isn’t very painful. The BIG HEADED ANT are soil nesting ants are very often confused with termite damage because they create foraging tubes that are similar to termite tubes. More often these ants leave heaps of loose sandy soil.

The BIG HEADED ANT was Originally found in the Indian Ocean island of Mauritius it is a common invasive tramp ant that is found in many neotropical and tropical areas round the world. Original reports of BIG HEADED ANT in Florida cite Everglades, Key West and St. Augustine.

Workers are dimorphic meaning they have significant and minor workers. The BIG HEADED ANT receives its common name in the large-sized head of the major employee, or “soldier.” Minor workers are small (2 mm) reddish brown ants. The figures are much bigger (3 to 4 mm), however, only constitute about 1 percent of foragers.

The front half of the major’s head is sculptured, while the rear half is smooth and glistening. The petiole (midsection) of both worker forms is two-segmented along with the post-petiolar node is conspicuously swollen. The antenna is twelve-segmented with a three-segmented club. The entire body is covered with thin, long hairs. Workers have a pair of brief propodeal spines (spines on waist) facing almost directly upward. There is usually a dark spot on the underside of the gaster.

Colonies may have large numbers of fertile queens and yearlong brood production in tropical and sub-tropical places. In some areas, colonies could produce a virtually constant supercolony that excludes many other ant species. An Australian report of a dispersal of fresh colonies of budding without having a nuptial flight, and in south Florida nuptial flights of ants with wings can be observed during the spring and winter.

Duration of the pupal stage can range from 10 to over 20 days. Life span of the small workers have been shown to be about 78 days at 69.8 degrees Fahrenheit, and 38 times at 80.6°F. The queens have been reported to have laid up to 292 eggs per month.

what do big headed ants eat? Foragers will quickly recruit nest mates into a food source. Foraging tunnels having numerous entrances can be understood along the ground surface. Arthropod prey are dissected by employees and brought back to the nest.

Trails of foragers can frequently be seen along trees trunks, occasionally climbing into canopies of tall trees. Similar paths might be seen on the exterior walls of structures as rodents grow into attics or other artificial or natural voids.Trophallaxis is a market of food between rodents is frequently observed between two minor workers or a small and significant employee.

The BIG HEADED ANT could be found nesting in disturbed soils, lawns, flowerbeds, beneath objects, such as bricks, cement slabs, or flower pots, around trees or water pipes, along the base of structures, and walkways, where displaced soil is usually detected from the action of rodents digging below the surface. Well-cared-for lawns may have BIG HEADED ANT infestations which are less noticeable, except along the edges where lawns meet slopes where piles of dirt are often deposited.

BIG HEADED ANT populations expand into neighboring areas by following along these lawn-walkway borders or roadways. Population movements into new regions to establish nests and following the displacement of other ant inhabitants can be rapid.

Control of Big Headed Ants indoors is performed by injecting non-toxic dust into wall voids where nests are suspected and outdoor control can be achieved with frequent granular baiting to reduce populations.