It’s inevitable that almost everyone that calls me to perform a pest control service will tell me “I need you to come to my house and spray it for bugs” that is because for decades that was the only tool pest control companies in Miami had. So it’s no wonder when most people think of pest control they think of a guy with a silver can spraying around their baseboards, behind the refrigerator and stove and to most if you don’t spray you didn’t perform a good pest control service. Today we have many more tools, training, and knowledge at our disposal. 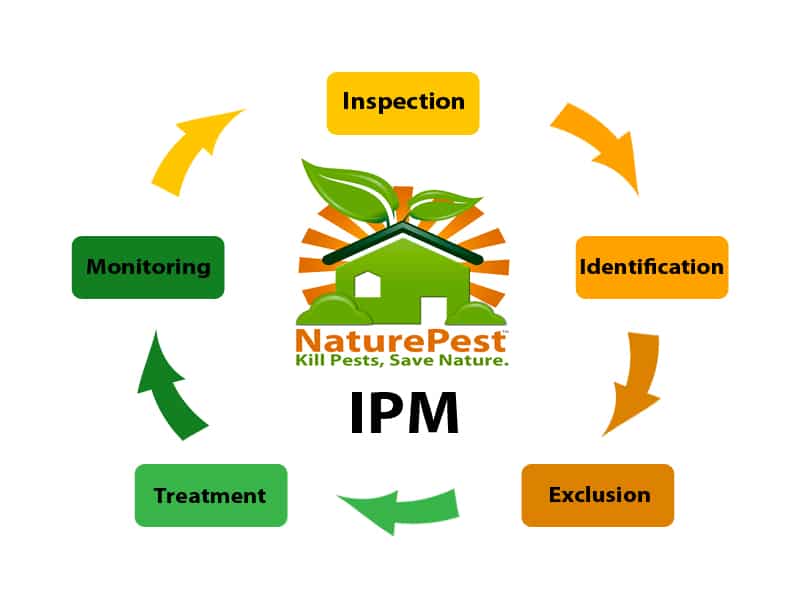 I haven’t sprayed a baseboard or anything inside a home in Miami Florida for general household pests since 2009 when I told my clients I would no longer be spraying their baseboard because it was not necessary to control their pests they looked at me like I had a third eye in the center of my forehead.

There is a huge difference between a professional integrated pest management (IPM) and prevention services and a baseboard and perimeter spray and pray service.

To begin with, the reason most pest control people still use the traditional baseboard sprays is that they don’t want to reeducate or retrain themselves or their technicians nor their customers, it’s time-consuming and expensive and to them, it’s not worth their time or money.

Second they want to remain cheap or at least cheaper than the competition, that fact is that it is cheaper to come into a home and spray the entire home once a month inside and out be there for 15 minutes and charge $25 to $45 and hide your pest for a month it’s the cheapest service around.

Yes, pest control companies use a repellent insecticide to perform base baseboard spray that repels insects back into the walls, they don’t eliminate the pest problem they just hide it and if you spray a repellent on the inside and a repellent on the outside you trap the pests between the walls.

But most customers feel they are getting their money’s worth because they treated the entire house when in fact they contaminated the entire home and the air you breathe with an unnecessary chemical that did little if nothing in getting rid of your pests.

If you ask the technician if it’s safe they will reply yes it’s safe and that would be partially true most pesticide product are relatively safe if applied as the label recommends but nothing is completely safe or can be guaranteed safe. The question shouldn’t be is it safe but is this the best solution or Is there a better way that it can be done to reduce or eliminate the need for pesticides in the home?

Almost all university studies show that theses product, when used in a home work only as contact sprays and repel insects because by design pyrethrins, are repellents and kill the pests only when they come in contact with it directly, the insect has to walk across the pesticide in order to kill it but if repels it, so how will it walk across it and that’s my point.

In one study the Cost-effectiveness of integrated pest management compared with insecticidal spraying against the German cockroach in apartment buildings. The IPM approach reduced (943%) the rate of insecticide application compared to the conventional spray.

See the entire study by clicking the link below

The “traditional” treatment for German cockroaches consisted of monthly baseboard and crack and crevice treatment by using spray and dust formulation insecticides.

In the second month of treatment, the average cost of IPM was still significantly greater than the traditional baseboard and crack and crevice cost.

However, after month 4 the cost of the two treatments was no longer significantly different because many of the IPM apartments were moved to a quarterly treatment schedule.

To evaluate the long-term costs of the two treatments over the entire year, technician time and product quantities were averaged over all units treated within the 12-mo test period (total 600 U per treatment).

The average per unit cost of the IPM treatment was ($4.06). The average IPM cost was significantly greater than that of the traditional baseboard and crack and crivice treatment at $1.50 per unit.

The suppressed cockroach populations (less than 5 per unit) in the IPM treatment remained constant for the remaining 8 mo of the test.

For the complete text of this study visit. http://www.nchh.org/Portals/0/Contents/Article0203.pdf

IPM is the standard in public schools, medical facilities, and reputable hotel and restaurant chains because of the high degree of efficacy and low contamination rate. So why would you accept an ineffective inferior service in your home just because its cheaper.

Why is integrated pest management is a better choice to remove pests and keep them out without the need to contaminate the entire home?

First integrated pest management is not organic nor is it natural, in IPM you are allowed to use chemical pesticides in different forms and applications but IPM does not rely heavily on pesticides baseboard sprays as the only pest control option.

IPM relies on the knowledge and understanding of pest biology and behavior and uses a targeted approach to prevent and control the pest when required the key is knowledge.

Second as integrated pest management professionals we have more tools available to us to control pests effectively than the guy who solely relies on the chemicals he can spray, IPM is not chemically dependent but knowledge based.

There is a place for baseboard sprays in some applications but it should only be used as a last resort or as part of a proven strategy not as the cure all easy out solution.

Why would allow someone to contaminate your home with toxic chemical sprays when they are shown not to be effective and potentially toxic just because its cheaper.

I often hear a customer say I need the strongest insecticide you have.
September 19, 2014