Inevitably you will have one of theses palm tree care mistakes that will lead to pest and disease or even lead to the death of your palm tree, the sad part about this is that all theses costly mistakes can be corrected and prevented at no cost. 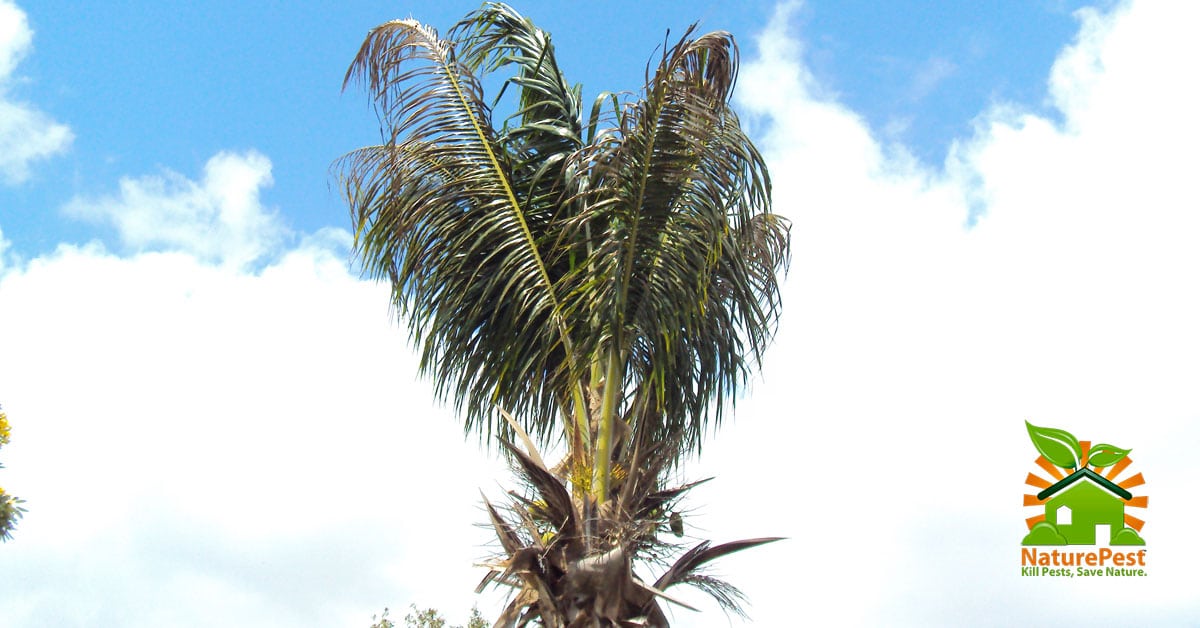 Palm Tree Care Mistakes Are More Prevalent Than You Think!

That’s right all this is free, it doesn’t cost anything, as a matter of fact, it saves you money now and in the future by having to replace an expensive landscape palm, and yet so many homeowners and landscapers are not doing it. Why?

Because they simply don’t know or because most landscapers don’t know and they see them do it and think if they are doing it, it must be right. These practices are prevalent throughout Miami Dade from homes, hoa, to commercial shopping centers. 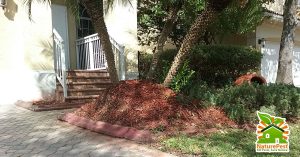 Mulch is a great way to help palms retain moisture and add color to the landscape, but too much of a good is well, bad. Improperly placed mulch can lead to trunk rot.

It can also cause improper root and palm development.

Do not allow mulch touch trunk 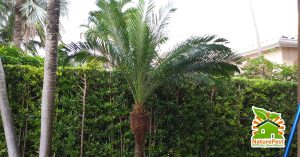 Palm trimming is required for some species that are not self-cleaning palms such as Christmas palms where the palm fronds fall off. Palms like Coconut or Date palms require trimming or the removing of dead fronds to be aesthetically pleasing.

Over trimming cause the trunk to thin out over time making the palm weak in a hurricane or in hi winds causing it to break. Palms are not like trees palms take nutrients from the lower fronds when those nutrients are not available in the soil and translocate it to new growing fronds, this is why the lower fronds die. By removing lower fronds that are still alive you force the Palm to take it from the next lower healthy green frond creating a cycle and eventually the Palm will not have much to take from.

By allowing the lower fronds to remain until they are dead you allow the Palm to take up those nutrients.

Not sterilizing pruning equipment between palms can transmit a disease to palms.


Most palms I south Florida once established do not need frequent irrigation, avoid sprinkler heads to directly spray palm or trunks as this can course trunk rot. Nozzles next to palms or frequent irrigation to palms cause root rot that unless corrected and treated with a fungicide can lead to the death of the palm.

Since most of the palms planted  in Florida landscapes are not native but exotic meaning they are from another part of the world palms may not have any of the nutrients they need in our calcareous soils which tend to bind all the available nutrients to that sandy high ph soil because of the high calcium carbonate  content in our limestone sediment layer.

Excessive use of nitrogen commonly found in lawn fertilizers such as 16-4-11 or 24-0-11 should not be used on palm trees as this can cause a nitrogen poisoning in palms neither should you use landscape fertilizers such as 6-6-6 which do not have complete or too low in micro nutrients like manganese, magnesium, iron, boron. 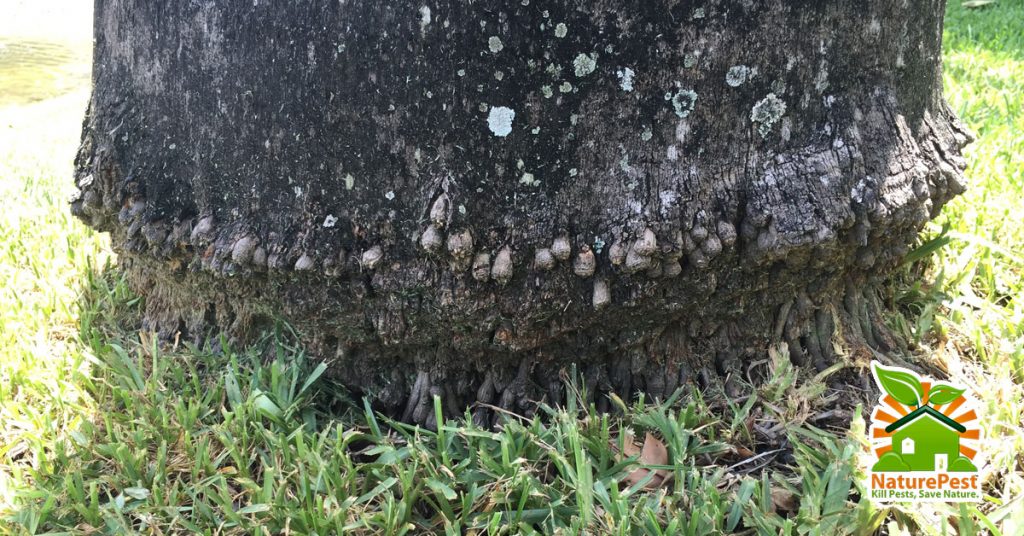 Allowing lawn to grow right up to palm causing damage by line trimmer to roots. 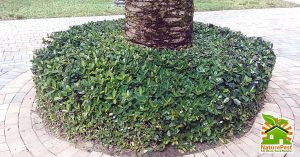 Placing plants around the palm tree especially close to the root zone and trunk presents several problems, palm trees require Fertilizing at high rates to as much as 5 pounds of fertilizer per palm every 3 to 4 months which can cause damage to plants around it and or prevent palms from being fertilized properly.

Shrubs that grow up and around trunk can pose a lethal problem for palms by landscaper trimming equipment wounding the trunck causing damage to the bark which never will heal allowing or introducing a disease pathogen into the palm through the open wound. 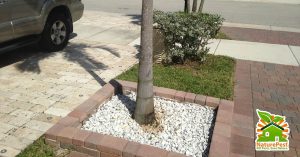 Placing palm tree between two concrete paved or hard surfaces and placing rock around it increases temperatures killing or damaging new roots, the white rock makes it impossible to fertilizer palm without staining the rock.

Blog Headline: 5 Palm Tree Care Mistakes That Lead To Pests and Diseases [VIDEOS] Blog Description: Inevitably you will have one of theses palm tree care mistakes that will lead to pest and disease or even lead to the death of your palm tree. Author Name: Franklin Hernandez Publisher Name: Nature Pest

You Can Exterminate Yourself and Save Money
June 24, 2017

How To Select A Home Insect Control Service That Works
June 24, 2017

This conk on the bottom of the palm tree is Ganoderma butt rot.
June 24, 2017
Listen To The Pest Geek Podcast