How to Control German Cockroach In 3 Simple Steps.

You wash all your dishes and clean your kitchen before going to bed, you get up in the middle of the night for a glass of water and when you turn on the lights there are several cockroaches running and scrambling around your kitchen counters looking for a place to hide so you stumble half asleep looking for the can of roach spray to spray down your kitchen and manage to kill a few, this goes on for days weeks and month and it seems to get worse. 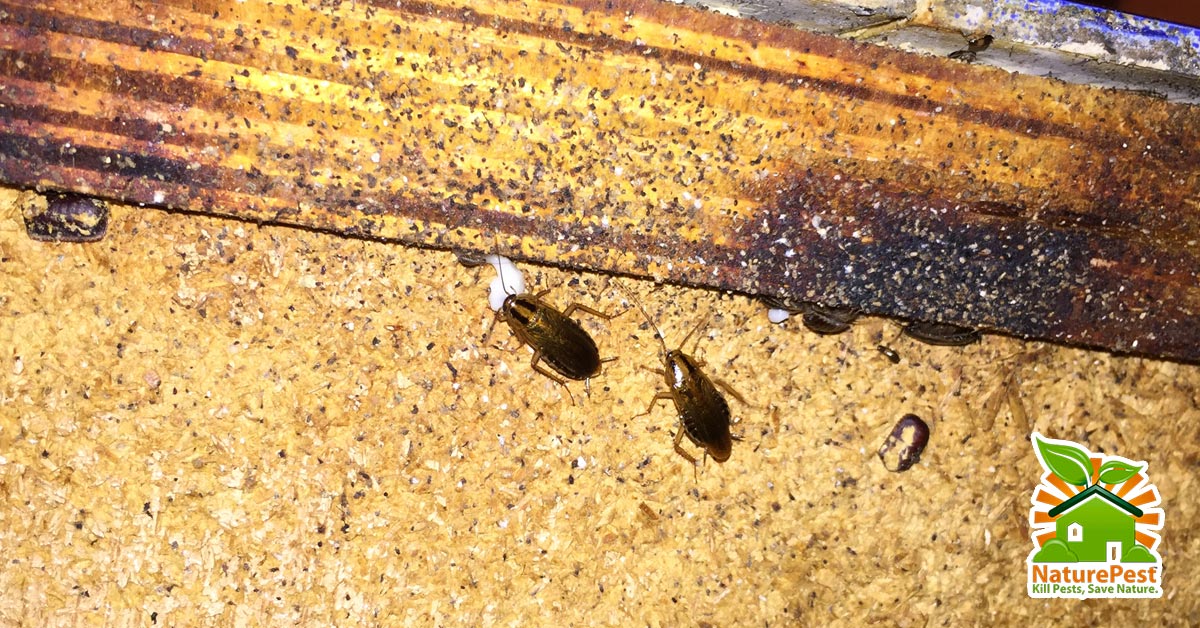 How to Control German Cockroach In 3 Simple Steps.

If you are experiencing a German cockroach infestation you know how disgusting it can be, the roach eggs and fecal matter in your flatware drawers, they come out of your microwave toaster and blender, It feels like the more you kill the more that comes out. In this post, I will teach you how to control German Cockroach.

German Cockroaches (Blatella germanica ((Linnaeus, 1767))) are among the most common and widely distributed urban pests, found in homes, apartments, restaurants and hotels and other institutions, it is the most successful of the species infesting buildings.

German cockroaches are scavengers and will feed on many foods. They are attracted to starches, sweets, grease, and meat products however garbage is a principal food source since they are omnivorous, eating table scraps, pet food, and even book bindings. German cockroaches are mostly active at night when they forage for food, water, and mates this is why you see them scatter when you turn on the lights.

During the day they prefer to hide in cracks and crevices and other dark sites that provide a warmth and humidity this is why you will find them primarily in your kitchen and baths. Their wide flat bodies enable them to move in and out of cracks and narrow openings with ease. The presence of them during the daytime, indicate a heavy population is present.

German cockroaches produce a larger number of eggs per case called an ootheca, a typical egg case contains 30 to 40 eggs. It takes about 28 days for the capsule to hatch from the time it starts to form, and they undergo the shortest time from hatching until sexual maturity. The entire life cycle is completed in about 100 days from the egg, nymph, to adult. A German Cockroach can produce a new capsule is about every 6 weeks Females produce 4 to 6 capsules in their lifetime. In one year one roach can produce over 10,000 descendants at two generations per year. This results in a rapid population growth. A great percentage of the nymphs hatch because the female carries the egg case during the entire time the embryos are developing within the eggs.

German cockroaches produce strange odors that can affect the flavor of foods. When cockroach populations are high, these odors may result in the general region of the infestation. Disease-producing organisms such as bacteria, protozoans, and viruses have been found on cockroach bodies.

German Cockroaches spread several forms of gastroenteritis food poisoning, dysentery, diarrhea, and other illnesses, cockroaches carry the organisms that cause these diseases on their legs and bodies depositing them on food and utensils as the cockroaches forage. The cockroach’s excrement and cast skins also contain a number of allergens to which a great many people have allergic responses to, such as skin rashes, watery eyes and sneezing, congestion of nasal passages, and asthma.

How they came into your house

They were most likely introduced by something that was brought in like furniture, paper or boxes. Every time I get a call from someone that has a German cockroach infestation they tell me they don’t know why they have them they keep their home very clean I have to play the detective in order to find the source so I ask three questions. When did you first notice them? Did you buy or bring in any new furniture or items into the home? Have you brought any boxes in? They will think back and say yea it was about the same time as I! And there you have it. Corrugated Boxes are by far the worst when people move they go to the grocery store or go dumpster diving for free boxes to move all their stuff and inevitably bring home a box infested with roaches between the corrugated and they will start to hatch in their new home!

Why insecticide sprays are ineffective in controlling German cockroaches and why you should avoid using them.

Most over the counter insecticide sprays are contact sprays that belong to a class of insecticides known as pyrethroids that kill the roach on contact and have little residual effects, pyrethroids by nature have a repellent action so the insects can detect it and either hide or go around it, so if you spray a pyrethroid you killed that roach most likely a male forger and are causing the others to hide until the residual is gone but the females the eggs and the nymphs are still alive and thriving.
[embedyt]http://www.youtube.com/watch?v=uQkZVmu8sdM[/embedyt]

Why baits are the most effective method to control German Cockroaches

Modern bait formulations have been used successfully to control infestations of the German cockroach, Because of the slow-acting insecticides used in most bait formulations, the unmetabolized insecticide may be excreted in the feces and oral secretions, and remain in the body of dead cockroaches. Because of two habits of German Cockroaches Coprophagy (consumption of feces) and necrophagy (the consumption of cadavers) a process known as Horizontal transfer of bait when nymphs take up adult-delivered bait via coprophagy resulting in secondary mortality.

Horizontal transfer of insecticides occurs when active ingredients contained within baits are passed among individuals within an insect population. Active members of a population or foraging adults, become exposed to an insecticide, return to the nest and pass the insecticide to other members of the population that often cannot feed independently, the recipients may obtain the insecticide directly from the donors through mutual grooming, trophallaxis, necrophagy. Trophallaxis is the transfer of food or other fluids among members of a community through mouth-to-mouth (stomodeal) or anus-to-mouth (proctodeal) feeding.

All food should be stored in tightly covered containers. All areas have to be kept clean so that no fragments of food or organic matter remain. Trash bins should be securely covered and emptied frequently, preferably daily. Basements and areas underneath buildings should be kept dry and free of accessible food and water.

The two methods we use to eliminate German Cockroach infections.

This is our standard procedure to eliminate German Cockroach infestations.
First we perform a thorough inspection of the facility we are treating preferably with the lights OFF and using a good flashlight to identify the nesting sites. They prefer cracks and crevices where they can have three parts of their body touching a surface German Cockroaches are thigmotactic, meaning they like to be in close contact with surfaces. This is why you need to be looking into cracks.

A link has been provided bellow so you can purchase these products directly or get label and msds information.

Applying Maxforce FC Magnum Cockroach Gel Bait correctly, I inspect a lot of homes where I see gel bait applied incorrectly like a long line across the edge of a counter top this is not only ineffective but it can contaminate your counters with unnecessary pesticides. All baits should be placed as directed by the label, this should be applied in cracks and crevices where the roaches are to facilitate feeding as little dots not lines. These cracks include the base of the cabinet between the threshold kick plate and the cabinet, the inside of all the base cabinets to include the top back between the cabinet and the counter top on the inside all around, the hinges, between the shelves and the cabinets, behind the refrigerator, microwave oven, toaster, blender and stove. 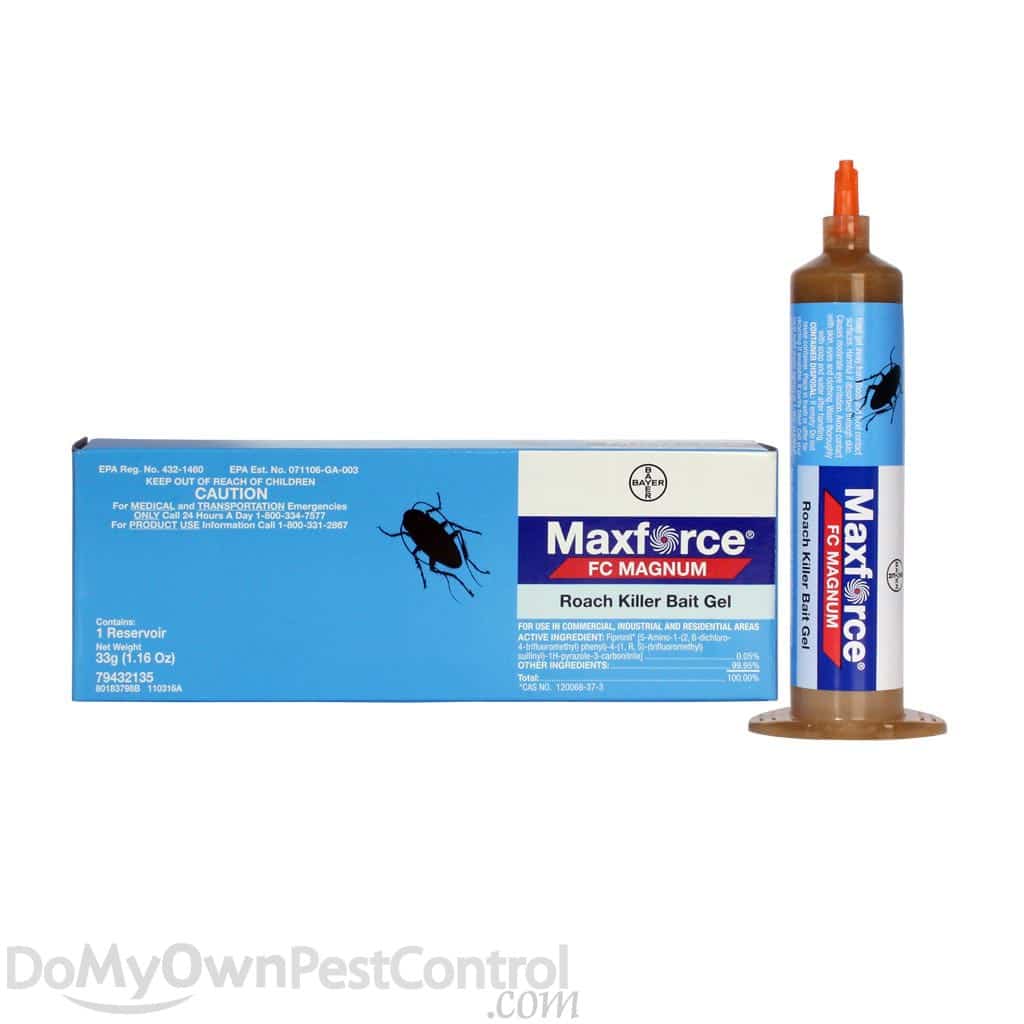 Applying Avert Dry Flowable Cockroach Bait in voids like behind the wall though and electrical outlet or the void between the base at the floor. Never apply powders to open places. 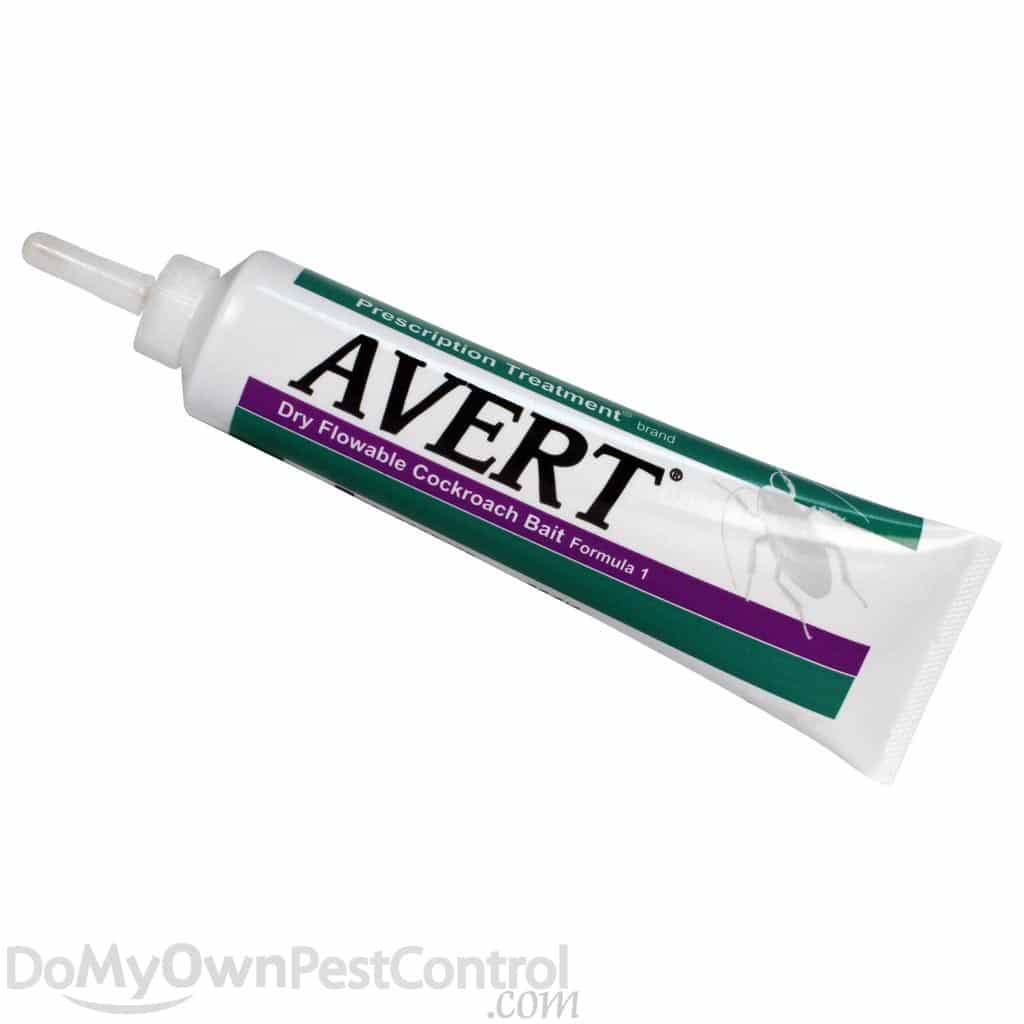 NOTICE: If you are using baits to control German cockroaches you have to eliminate the use of sprays because they will contaminate the baits and render them useless I would find the nearest recycling facility to have them properly disposed of. Also avoid using bleach in the area you applied the bait as it will sterilize it. Avid using aerosol spray air fresheners as it can contaminate the bait.

You should start seeing a decline in pest pressure in about 72 hours, a total control may take several weeks, I would wait 2 weeks and re apply the bait to areas you still see roaches in using the same inspection method. Remember baits work slowly but surly

You Can Exterminate Yourself and Save Money
August 22, 2014

How To Select A Home Insect Control Service That Works
August 22, 2014

This conk on the bottom of the palm tree is Ganoderma butt rot.
August 22, 2014