Green Island Ficus microcarpa is becoming a popular shrub in South Florida due in part to the replacement of Ficus benjamina its closely reflated cousin that is notorious for whitefly infestations. However like most any exotic plant species in Florida it has its own share of pests and diseases.

Current US Status of Ficus microcarpa:

Perennials are multi-stemmed woody plants that usually are less than 13 to 16 feet in height. Shrubs generally have several stems arising from the ground, but may be taller than 16 feet or single-stemmed under some environmental conditions.

Trees are Perennial woody plants with a single stem or trunk, generally greater than 13 to 16 feet in height; under some environmental conditions, some shrubs amy develop into trees that may develop into multi-stemmed or short growth form 13 feet in height.

Vines are Twining or climbing plant with relatively long stems and can be woody or herbaceous.

The yellowing or leaf-goldenning is induced by a long term exposure to a direct sunlight, suggesting that high-light stress participates in the phenomenon (Yamasaki et al. 1995a). High-light (or excess light energy) causes an inhibition of electron transport in PSII and increases photoreduction of O2 at PSI, ultimately destroying the photosynthetic apparatus.

Brown Scales found on green island ficus, Ficus microcarpa in Pinecrest, Florida
Recently these newly installed Green Island Ficus were inspected and the under part of the leaves had black and translucent tiny dust like spots on the underside of the leaves. We took it back to the lab to look under a microscope to be able to identify the spots. 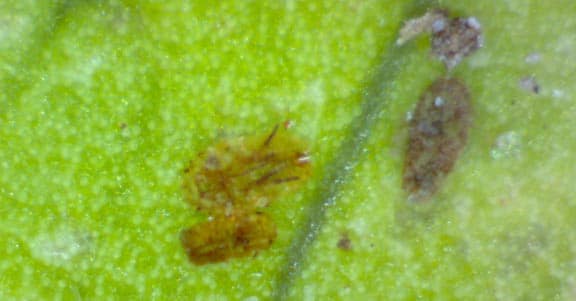 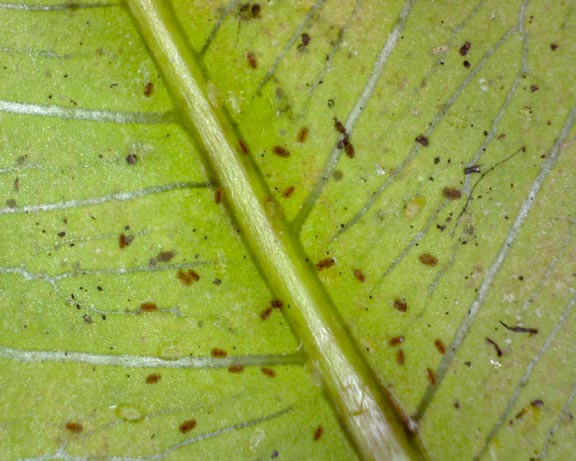 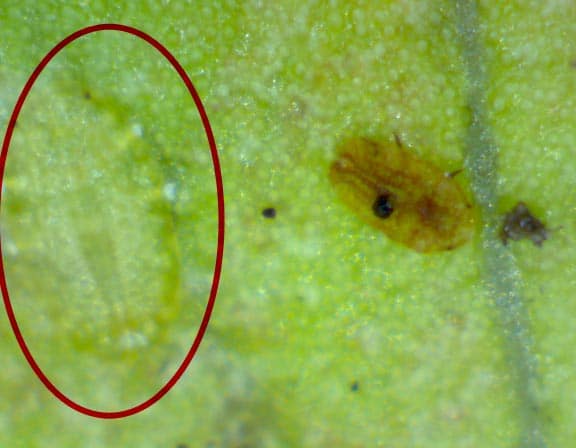 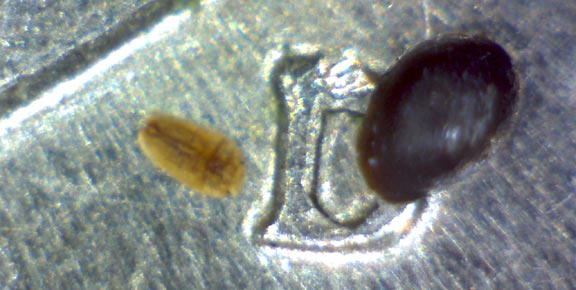 We were able to confirm brown scale are the source of the dust like spots.

Two recommended treatments have been suggested

We are trying to control the Brown Scale with foliar spray of encapsulated synthetic pyrethroids such as Cyzmic CS Micro-encapsulated Insecticide with the active ingredient Lamda Cyhalothrin 9.7% that should give a good residual value. Applying two spray applications 5 to 7 days apart to control the nymph stage and break the breeding cycle, then inspect the Green Island Ficus as part of our IPM Program every 2 weeks to determine if this approach will control them for long periods of time and requiring 2 to 3 insecticide sprays per year. If we find that the insect cannot be controlled with 2 to 3 applications per year then we will use a systemic insecticide such as Dominion 2L with the active ingredient Imidacloprid 21.4% which may require 1 to 2 applications in a year.

Our goal is to use the method that bests controls the Brown Scale with the fewest pesticide applications per year. Reducing site contamination and pesticide use.

In the same Green Island Ficus that had the Brown Scale we noticed legions on the the leaves and have diagnosed it as Anthracnose Disease.

Anthracnose Disease Colletotrichum leaf spot is one of the most common diseases of plants.
Fungus (Gloeosporium spp., Gnomonia spp., and Apiognomonia spp.)

Anthracnose is a general term for a group of diseases that cause lesions on leaves, twigs, and fruits on hardwoods. Infections first become apparent at a portion of the leaf margin. The affected plant tissue frequently progresses from chlorotic an abnormally yellow color of plant tissues to necrotic or death of a portion of the plant tissue. 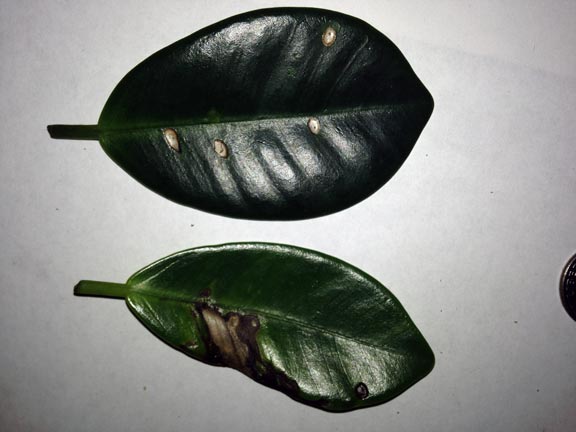 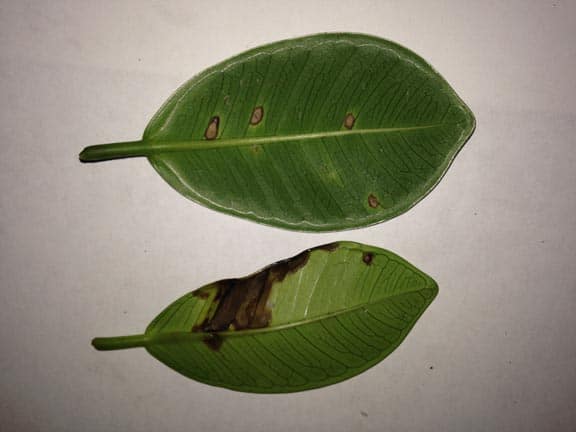 The Anthracnose Diseased pathogen spreads by the spores that are easy to splash with irrigation water or rainfall but since they are somewhat sticky they do not easily spread by simple air movement from the wind or fans.

Wounding caused by trimmers can increase disease severity but it is not necessary for pathogen entry.

Control is achieved when fungicides are applied on a 7 to 10 day interval rather than 14 day interval to obtain control during the rainy season when the spores of the pathogen are actively splashing.

For Anthracnose Disease pathogen, spraying weekly in a preventative manner may be necessary to obtain the optimal results with certain plant species and crops.

We treated the Green Island Ficus with Heritage DF 50 Fungicide with the active ingredient Azoxystrobin 50%. Anthacnose and will retreat 7 days after the initial treatment. In general most ornamental plants require treatment 2 to 3 times per year.

Since Anthracnose diseases is generally cosmetic and cause no serious damage to the tree. You need to way in the aesthetic threshold tolerance of the plant owner in other words how much imperfections can the homeowner comfortable put up with. The more intolerant the homeowner is the more fungicide or pesticide applications must be made to satisfy the client. In years of severe disease, trees can become increasingly unsightly and even appear to be dying, causing great concern to homeowners.

If a plant is chronically infected with Anthracnose Disease that requires more than 4 applications per year we don’t not consider this plant to be an eco friendly choice because of the amount of pesticides/fungicides applications that are required to maintain the plant, if this is the case we recommend the removal and to replaced with another species that is not susceptible to Anthracnose Disease.

You Can Exterminate Yourself and Save Money
December 2, 2014

How To Select A Home Insect Control Service That Works
December 2, 2014

This conk on the bottom of the palm tree is Ganoderma butt rot.
December 2, 2014