Why don’t over the counter pesticides work

Why over the counter pesticides do not work? 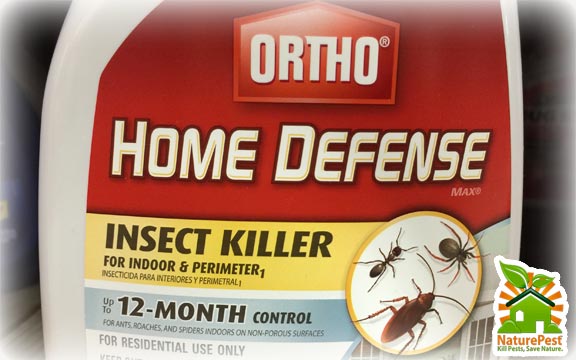 I lost count at the number of clients that have ended up calling us after months and even years of trying to control a pest problem themselves asking me Why over the counter pesticides do not work.

The truth is they do work; any professional can walk into any home improvement store in the country and buy the products I need to control just about any pest problem in any home, lawn or garden.

Doing your own pest control is like playing the slots, once in a while you hit a jackpot but for the most part you end up addicted to the game accumulating losses. There seems to be something addicting about doing your own pest control it’s like we refuse to be beaten by a primitive organism that has one billionth the brain capacity we have. With the ultimate question how hard can it be?

The reality is not very hard at all once you understand how it works then you say wow, anyone can do that. The failure most people make about pest control that it’s all about the pesticide, why because the only thing most people know about pest control they learned from seeing a guy with a shiny steel can come once a moth and spray god knows what on your baseboards, leave and say see you next month.

So the natural assumption is it’s the magic liquid in the shiny that’s the secret and if you ever ask a pest control technician what’s in the can you would get an answer that sounds a lot like this “it’s a special insecticide you can only buy with a pest control license, it’s not available to regular people”, perpetuating the myth of the magic formula in the can.

The truth is its much more difficult than acquiring a pesticide; today you can order the same products we use online from an internet reseller and apply them just like a pro except you won’t get the same results as a pro. Why? Because it’s not the chemical, and no it’s not the magic can either.

Real pest control starts with knowing the pest; no, not knowing about the pest just because it’s a roach doesn’t mean you will treat it the same way. You treat for a German cockroach differently than you would for an American or Australian Cockroach.

Does it make its nests in walls, in the ground or up in trees. Are the colonies mega or do they colonize by budding. Until you can answer theses basic questions about one single pest you will have no clue on whether the chemical or the technique will even work, so its roll the dice hoping to get lucky.

Over the counter pesticides do work, they work in the manner and for the purpose they were designed to work. Killing a pest is not the same as controlling an infestation. Do you have one roach that got lost or do you have a nesting problem.

Just because a picture of a roach is printed on the label of the can of insecticide doesn’t mean it’s designed to remove an infestation. If it says it kills roaches on contact than that is what it is designed to do kill a roach when the spray comes in direct contact with it. That is it once it does that if has fulfilled its purpose. If you have a roach nest behind a wall that is the wrong product to use.

You may see a one gallon container with something that attempts to resemble a professional sprayer wand that says it will control up to 12 months. Yea if you apply it in an undisturbed place where there is no humidity and no sun. but unless you understand the fate of the active ingredient in the environment you will quickly realize this junk doesn’t work either. Throw in some UV light, water, bleach, cleaners, air fresheners and the 12 months becomes 30 days.

You take it home and spray these little squirts in these little places all around the door thresholds trying to make it last a year and expect to prevent pest from entering. A professional pest control technician will spray a gallon of that stuff around the exterior perimeter of your home to create a barrier.

Unless that barrier is at least 5 feet wide, 2 feet up from the wall and 3 feet away from the wall you have no chance in hell of preventing a pest from entering. The pests won’t die immediately once they have crossed over they can still get in and die inside because most of these pesticides rely on the pests grooming habits to ingest the poison. Pests don’t wonder around your house looking for the pesticide you placed so they can run into it and die; have to make impossible for it to miss it. So they do work, this is the way they were designed to work.

These pesticides and procedure is only designed to prevent an infestation not to control it, the best it can do is to kill the roaches that are born but it will never control it, you will have to apply over and over again juts to keep it from exploding on you once you stop you will see how big the problem really is.

So why don’t over the counter pesticides work? They do work but you will never get a professional pest control technician to admit that. But they work for the purpose for which they were designed, the wrong application of the wrong pesticide with the wrong procedure for the wrong pest problem will not produce the right control. It’s a matter of having a complete understanding on how they work and not buying into the illusion that this one product will solve you pest problem.

I often hear a customer say I need the strongest insecticide you have.
December 6, 2015