Do Ants Carry Disease that can endanger your health 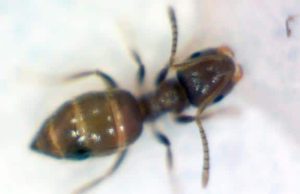 Do ants carry disease? When most people think of insects that carry disease they think of roaches, rats, fleas, ticks, mosquitoes and bedbugs. But most no one I have ever met has ever expressed a concern for ants transmitting diseases.

This is due in part because most people don’t understand pathogens or bacterial and viral diseases transmitted by insects, we are all ignorant in what we don’t understand and therefore never give consideration to it, this is normal if its not front page news or a major epidemic like
Dengue Fever, West Nile virus or Ebola most of society goes on about their lives with no regard for these matters.

But when you spend most of your life doing research on pests and diseases talking to entomologist and pathologist you have an advantage over most of society and consider these issues more seriously.

I will give you simple scenario an ant colony infests you home an create a nest in your bathroom since ants need food, water and shelter to live and they can go without food but cannon go without water your bathroom is a perfect place to live.

So the next time you see ants you wont think oh it’s just ants they are harmless, thinks again!

Ants have been linked with respiratory allergies and asthma

An article from American College of Allergy, Asthma & Immunology

Ants can induce IgE-mediated bronchoconstriction regardless of sting in sensitized patients. Ants should be taken into consideration as a cause of respiratory allergy in patients living in homes with visual evidence of infestation.

Click this link for the complete article from US National Library of Medicine National Institutes of Health
http://www.ncbi.nlm.nih.gov/pmc/articles/PMC2782192/

Ants in a hospital environment and their potential as mechanical bacterial vectors.

Many ant species displaying synanthropic behavior that have successfully dispersed in urban areas can cause problems in hospitals by acting as bacterial vectors.

In this study, we encountered bacteria on ants collected at the Universidade Federal de Uberlândia hospital, in the campus and at households nearby.

The ants were identified as Tapinoma melanocephalum (Fabricius) and Camponotus vittatus (Forel) (Hymenoptera: Formicidae) and the bacterial strains found here belong to the group of the coagulase-positive staphylococcus, coagulase-negative staphylococcus and gram negative bacilli, including antimicrobial drug-resistant strains.

An investigation of the bacteria found in the ants and in the environment revealed that some ants carried non-isolated bacteria from the same environment and with high levels of resistance, evidencing the transmission potential of these insects.

Ants as carriers of antibiotic-resistant bacteria in hospitals

The presence of antimicrobial-resistant bacteria and carried by ants isolated from hospitals was investigated in Campos dos Goytacazes, RJ, Brazil. Three health institutions were visited from 2001 to 2002 and samples were collected within critical areas of medical care based on criteria of greater risk of patient hospital acquired-infection.

The tests for bacteria species identification and antimicrobial-resistance profile were carried out by using standardized kits and evaluated by automated equipment. Among the bacteria isolates, some were considered multiresistant isolates, including genera Acinetobacter, Streptococcus, Gemella, and Klebsiella.

For Enterobacter antibacterial analysis the disk diffusion standard method was used. The results suggest that there are risks for patients which seek for health assistance in the hospitals studied, and the presence of emerging bacteria isolates in hospital carried by ants must be considered.

We studied the richness and abundance of ant species, their bacteria and the bacteria isolated from patient clinical samples. Methods Ants were collected with baited traps at 64 sites in a public hospital in São Luis, State of Maranhão, Brazil.

Results In total, 1,659 ants from 14 species were captured. The most frequent species were Crematogaster victima, Solenopsis saevissima, Tapinoma melanocephalum, Camponotus vittatus and Paratrechina fulva. Forty-one species of bacteria were isolated from the ants and 18 from patients.

Ants are potential vehicles for pathogenic and opportunistic bacteria, and they can represent a risk factor in nosocomial infections.

I often hear a customer say I need the strongest insecticide you have.
December 24, 2014